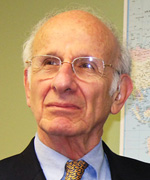 College At Large President Manfred Seidemann of Chile has called 2010 the year to build The International College of Dentists and to engage ICD Fellows everywhere.  He made this charge while presiding over the meetings of the Executive Committee in Washington, D.C., USA, January 8 through 10, 2010.  Now is the time to rebuild international relations by means of sensitive and cordial communications.  Announcing an ambitious travel schedule to reach out to individual Fellows worldwide, Dr. Seidemann charged all ICD leaders to join with him in the task of teaching both new and senior Fellows the concepts and purposes of The College.

The preparation for this Washington meeting occurred in November 2009, when College “line” Officers President Seidemann (Chile), President Elect Charles Siroky (USA) and Vice President Garry Lunn (Canada) met in Ft. Lauderdale, Florida together with College Secretary General J. Terrell Hoffeld (USA).  This informal “Work Leadership Team for the Advancement of ICD” identified 71 areas of interest to be addressed over the next three years.  In January, the Executive Committee processed these ideas, converting many of them into action plans for approval by the International Council and implementation by its extensive committee structure.  President Seidemann called for diligence and dedication from everyone.  The result has been a great “jump start” for The College business year.